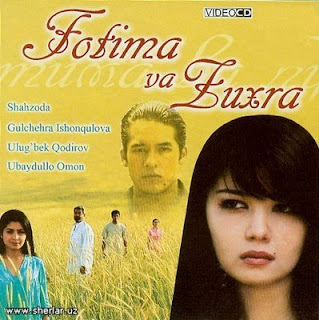 Here’s an article you might enjoy about the rebirth of the Uzbek film industry. Like many countries in the region, piracy remains a problem. Nevertheless, small film studios are beginning to crank out films for Uzbek audiences. What should this industry be nicknamed? Bukhariwood? Choyhonawood?
Anyway, every Uzbek filmmaker follows in the steps of a the Father of Uzbek photography, Khudaybergen Divanov. They are also indebted to a Mennonite teacher named Wilhelm Penner. Divanov was just a young man when Penner introduced him to photography and filmmaking. 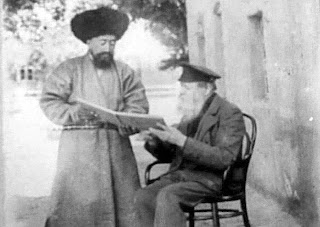 When Divanov began to produce portrait photos in Khiva, it launched a controversy in the khan’s court. Muslim clerics were concerned about Islamic prohibitions about making human images. The khan sided with Divanov, and launched his career as a pioneer in visually documenting life in pre-Soviet Central Asia. Whenever Divanov’s history is told, the Mennnonites of Ak Metchet are mentioned at the beginning of the story. The documentary “Through the Desert Goes Our Journey” features some of Divanov’s work, including the only moving images of a Silk Road kingdom before the Bolshevik Revolution. This film was not seen outside the former Soviet Union until this documentary.
The photo above shows a picture of Divanov and Penner at Ak Metchet.