Background behind the award winning music of “Through the Desert” 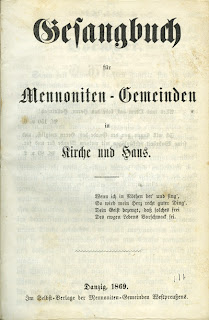 We were pleased to learn last week that the Heartland Chapter of the national television academy nominated the title music for the documentary Through the Desert Goes Our Journey for an Emmy in the music category. TTD is the film I produced and directed prior to writing Pilgrims on the Silk Road about the same story.

What makes the hymn “Through the Desert” special is that, just like elements of the Great Trek story are now being rediscovered, so too was the lost music for this song presented again for the first time in over a century.

The hymn became an anthem (and perhaps an earworm) of the Great Trek Mennonites as their wagon trains rumbled over the Central Asian steppes. Herman Jantzen recalls singing “Through the Desert Goes Our Journey” as they rode through cool nights in the wilderness to escape the desert heat, the sky illuminated by the Great Comet of 1882. The lyrics are recorded in numerous first-person accounts of the journey. However, the music to this hymn seemed lost to history. 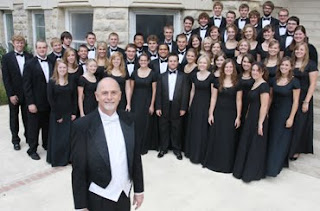 In the course of researching the documentary, and through the help of Helen Ruth Jantzen Unruh and historian Jim Juhnke, we re-discovered the original tune. For the record, it’s in the Gesangbuch in Mennoniten Gemeinden fuer Kirche und Haus p. 365, song #388 (1901 and 1922). William Eash, the director of the Bethel College Concert Choir, and Dan Graber, a student conductor and composer produced the lovely and haunting music based on the hymn that you hear throughout the film. Andy Gingerich provided several renditions of the hymn’s music on guitar.

The music is one of the best features of the documentary, and we are pleased that it has made it to the finals for the Heartland regional Emmy awards. The winner will be announced on July 18th. We obviously hope it wins, but as they say it’s an honor just to be nominated…

Check out the YouTube link below to listen to a few samples of the choir and guitar renditions of “Through the Desert” with scenes from the documentary: