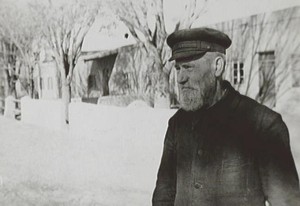 A recent Journal of Mennonite Studies article offers a wide ranging discussion about the Mennonite experience in the far-flung edges of the Russian Empire up through the Soviet era. In the article, Royden Loewen and Paul Toews survey the century-long debate about the Mennonite migration to Central Asia, including the turn in the conversation that has happened since the release of Through the Desert Goes Our Journey, and the publication of Pilgrims on the Silk Road: A Muslim-Christian Encounter in Khiva.

Here’s an excerpt relevant to the story found in Pilgrims and Through the Desert:

The most extensive first-hand account of the initial large Mennonite migration (often termed the Great Trek) to [Russia’s eastern frontiers] — Franz Bartsch’s Unser Auszug nach Mittelasien published in Halbstadt (Russia) in 1907 and reissued in Winnipeg (Canada) in 1948—recounts being torn between going to North America or Central Asia. For Bartsch and others, Siberia won because of a European literature spanning decades, and even centuries, which held that in the unfolding of Biblical prophecies a remnant of the true believers would be saved from the rule of the evil one, a transcendent escape would be provided in the “east.” For some authors, including Klaas Epp who inspired the migration, the fulfillment of those prophecies became localized in Central Asia.

A century-long debate over the meaning of the Trek story ensued. It attained a substantive scholarly level in Fred Richard Belk’s The Great Trek of the Russian Mennonites to Central Asia, 1880-84, published in Kitchener, Ontario in 1976. It solicited other responses by Mennonite historians: Waldemar Janzen in 1977, A. J. Dueck in 1985, and Walter Unger in 1999. The mystique of the trek suffuses Dallas Wiebe’s novel, Our Asian Journey (1997).

Following a 2007 retracing of the Mennonite migration to the east, James C. Juhnke and Walter Ratliff turned the discussion in a different direction. Initially understood, or misunderstood, mostly in millennial terms, they contextualized this search for a place of refuge in the expansion of the Russian Empire, resistance to Russification on the part of Muslim emirates in Central Asia, and the continuing Mennonite migration search for military exemption. Far from being millennial zealots, many of the eastern travelers were sober-minded Mennonites who established thriving economic communities in what is now Uzbekistan. And they became a Mennonite down-payment on Christian-Muslim dialogue…

In Siberia, Mennonites evolved from a favored, cohesive ethnic group to a scattered religious community. In the minds of North American Mennonites, Siberia is a story that assists an immigrant people to become cohesive and it is a liturgical script that shapes religious faith. Siberia has become an “ethnospace.” North American Mennonite historians may debate the meaning of “Siberia” in the Mennonite experience; what they do not debate is the significance of the word in the history of the Mennonites.