It’s amazing when a shift of the wind uncovers the truth behind a legend. 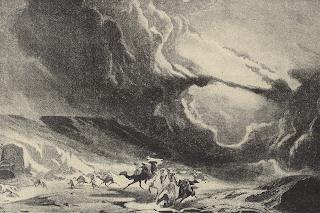 The Greek historian Herodotus (484 – 425 B.C.) once wrote about more than 50,000 Persian soldiers who vanished without a trace in a Saharan sandstorm. The event was supposed to have happened around 525 B.C.

(Image: Destruction of Cambyses’ Army by a Sandstorm)

It all started when the Persian emperor Cambyses attempted to expand the Persian empire. His dad, Cyrus the Great, had already conquered a swath of land stretching from Turkey and the Holy Land to northwestern India. This made the Persian Empire the largest the world had seen until that time. Cambyses wanted make his mark by capturing the crown jewel of the region, Egypt. 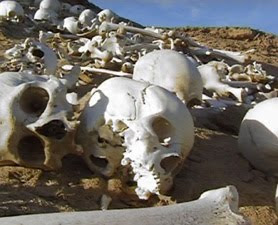 Cambyses sent 50,000 troops deep into the Sahara to the Oasis of Siwa. There, a “Fountain of the Sun” was said to offer its coldest water each day at noon. An oracle at Siwa refused to recognize Cambyses as a legitimate ruler, so Cambyses’ sent his troops to punish the mystic-prophet. However, a massive sand storm is said to have consumed the entire army on their way to the oasis. The troops were never seen again. Until now. 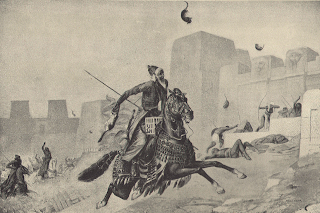 Noted Italian archeologists, Angelo and Alfredo Castiglioni, uncovered thousands of bleached bones and artifacts that match the style and time period of the Persian army. The Saharan winds that buried the army now exposed their remains after more then 2500 years. The Castiglioni brothers’ research suggests the remaining artifacts and bones rest more than 15 feet underneath the sand. They reckon the army took a route that was off the beaten path, and away from the eyes of others who have searched for the lost army over the centuries.

Its hard to imagine what went through the minds of the Persian army as they were overcome by the Sahara’s sand and fury. Pilgrims on the Silk Road gives first-hand accounts of a similar fate that awaited Russian armies trying to conquer the Central Asia kingdom of Khiva in 1840 and 1873. Pilgrims details what it was like for one of the world’s mightiest armies to experience defeat in the face of weather and terrain. It also tells how a wagon train of Mennonite farmers made their way across those same deserts looking for the Second Coming.